Echo Case Study: What’s That on the Mitral Valve? Name that Pathology!

As a community committed to inspiring excellence in imaging we thought it would be useful to share some interesting echo case studies so that we can all learn together.  Please reach out to us with any interesting studies that you would like to share!  Matthew Cox, BS, RDCS from OSF Heathcare in Illinois was kind enough to share an interesting echo case study he was involved with.  Learn more about Matt in our Educator Spotlight!  His case study includes transthoracic images along with both 2D and 3D TEE images.  Follow the case study and see if you agree with the final diagnosis and differential diagnosis.  Take it away Matt!

This was an 89-year-old Caucasian female patient that arrives via EMS for generalized weakness and fatigue.  Her EKG showed normal sinus rhythm despite a history of paroxysmal atrial fibrillation.   She had a 2-3/6 systolic murmur that was heard during auscultation.

The patient’s history was as follows:

Needless to say the cardiologist ordered a TEE to better evaluate the mitral valve.

Eighteen months earlier the patient had received a #21mm bioprosthetic aortic valve replacement and septal myomectomy due to her Hypertrophic Obstructive Cardiomyopathy (HOCM).  At that time her aortic valve velocities were within normal range for a bioprosthetic valve.

The patient had a routine follow-up echocardiogram that showed progressive mitral stenosis and trace mitral regurgitation.  There was no mention of endocarditis or flail leaflet.  The aortic valve demonstrated normal bioprosthetic velocities and structure.

The patient was doing well until her energy level dropped acutely.  Her urine was tested despite no urinary symptoms and grew Enterobacter. She was started on Omnicef which she took for 7 days.  Her energy level did not improve with Omnicef.

Cardiac MRI performed with findings of a markedly limited exam due to patient not tolerating the exam well and ending the exam after 5 minutes. When comparing to CT scan from three years prior (which occurred prior to patient’s aortic valve replacement and septal myomectomy) there is extensive heavy calcification at the mitral valve annulus and posterior leaflet of the mitral valve as well as at the chordal insertion.

The physician’s final summary after labs, TTE, TEE, and Cardiac MRI were as follows:
It looked like annular calcification on MRI and it makes sense based on the site of attachment. There are documented cases of this in literature. She had surgery for AVR which can disrupt the integrity of the MV annulus. The possibility of healed calcified vegetation is another thought and/or fibroelastoma. Unfortunately, we cannot definitively prove one or the other because the patient’s wishes are no more surgery and a true diagnosis of papillary fibroelastoma requires histology and biopsy of structure which patient is unwilling to agree to. Additionally, acute vegetation can be ruled out by negative lab work.

A case presented in the Journal of Cardiology Cases (volume 6, issue 1) discusses a handful of similar cases.  The featured case involved an 80 year old woman with a mobile mass (0.7cm x 0.54cm) on the ventricular side of the calcified mitral annulus of the posterior leaflet.  Discussion of the case included some of the following highlights (check out the complete article):

Another case with very similar images to this case can be found here at Science Direct:  Mobile thrombus originating from densely calcified mitral annulus with cerebral embolism.

So what do you think?  Not all pathology can be diagnosed by just echo alone and we can be left with unanswered questions when a patient does not want additional testing.  Do you agree with the diagnosis and/or differential diagnosis?  Leave your comments below regarding the mystery of her mitral valve disease. 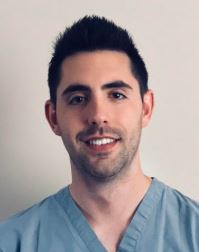 Connect with Matthew on LinkedIn

Have an interesting echo case study? Contact us to submit your case study.

Echo Case Study: What’s That on the Mitral Valve? Name that Pathology!
https://www.cardioserv.net/echo-case-study-mitral-valve-pathology