We're excited to announce the launch of eCardioServ, an online echo accreditation software.
All the help you need, right at your fingertips!
Watch now!
Written by Angela Mills, BA, RVS

What’s wrong with this image?

What’s wrong with this image? 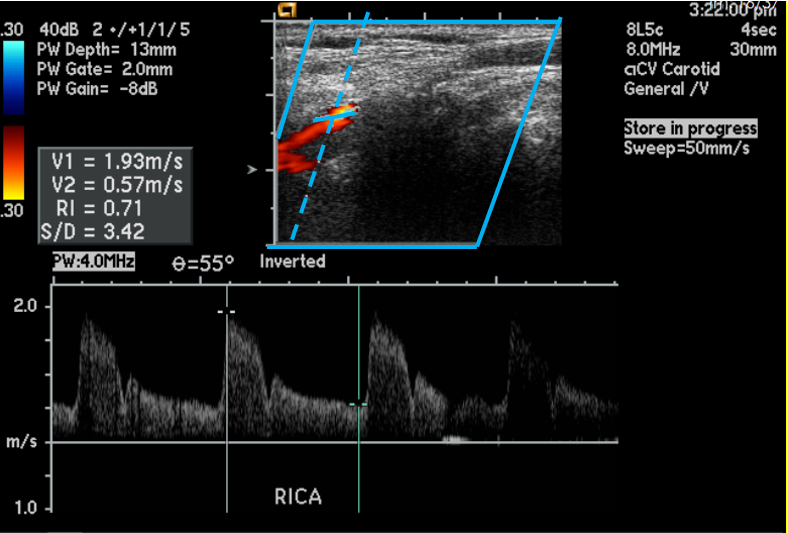 Adjusting the color box will adjust the direction of the Doppler beam. 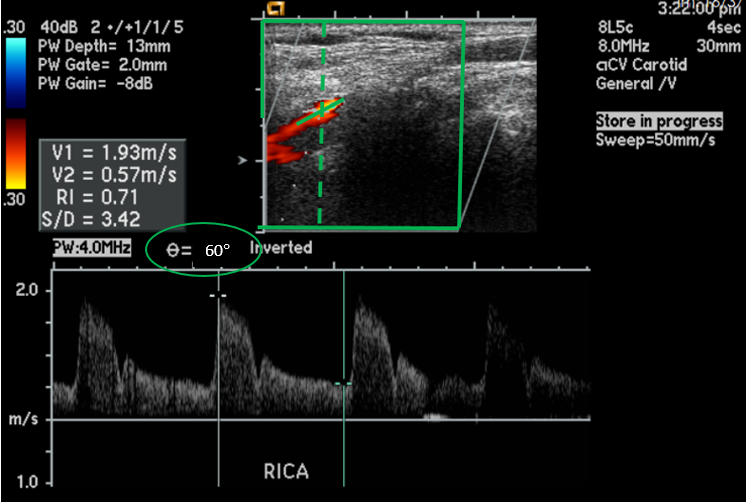 Changing the angle correction to remain parallel to the vessel. 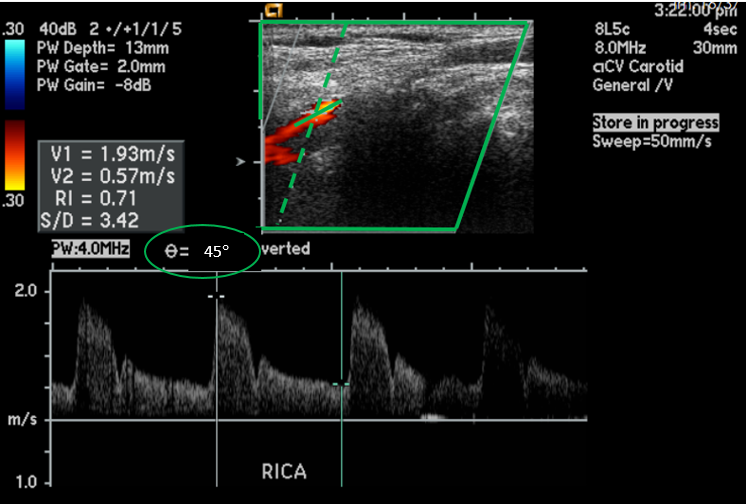 In this image, the angle correction was adjusted to run parallel to the vessel wall. The angle changed from 55° to an acceptable 45°.

How does the Doppler angles influence velocity changes?

It is drilled in us from the time we start learning in the classroom that the Doppler cursor should be aligned parallel to the vessel walls and Doppler angles should be maintained between 45°- 60° whenever possible. The Society of Vascular Ultrasound notes that occasionally, due to patient anatomy, Doppler angles that are less than 45° may be encountered and they recommend that we note this on the worksheet. Just how much does angle affect the velocity readings??

Here are some examples from industry journals:

Guidelines for Noninvasive Vascular Laboratory Testing: A Report from the American Society of Echocardiography and the Society of Vascular Medicine and Biology. 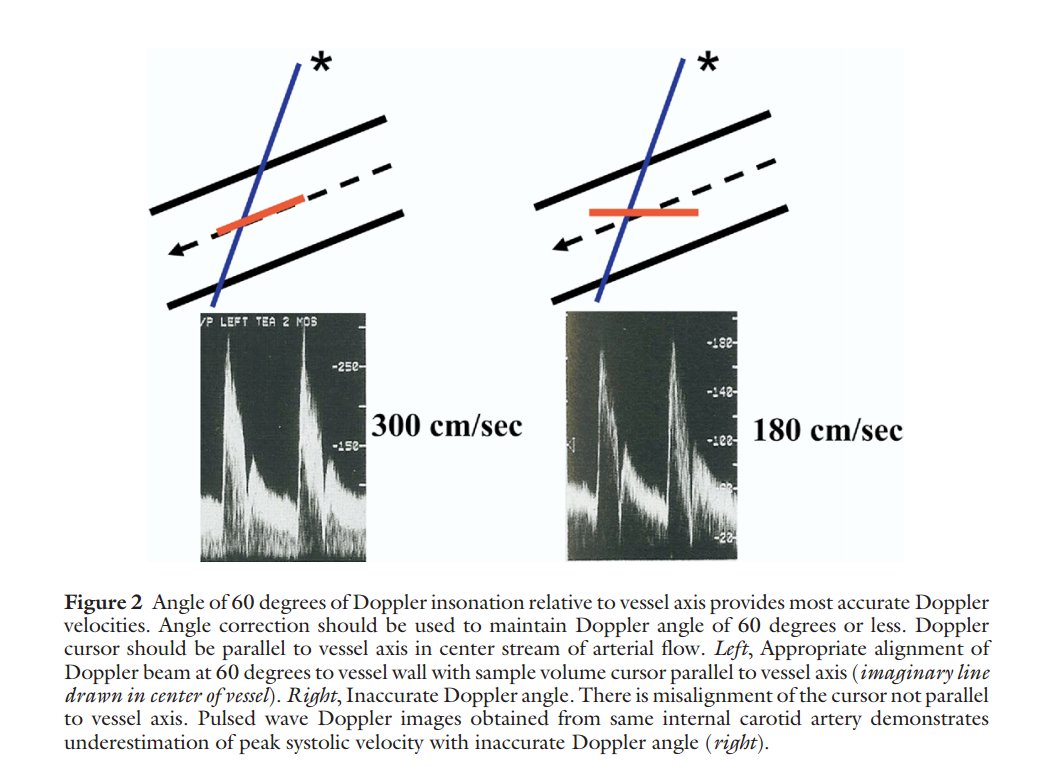 Below are examples from SonoWorld.com of the same vessel measured at 30° and 50°. You can see the difference in velocity readings.

JP Mishra, MD
Would love to review these kinds of cases!
Reply
Cardioserv
Thanks for reading our blogs. Please feel free to send us images or contact us to write a guest blog! Any suggestions on future blogs is always appreciated!
Reply
Gloria Bustillo
Very nice for my board review! I appreciate all these cases, Thanks
Reply
Click here to cancel reply.

What’s wrong with this image?
https://www.cardioserv.net/whats-wrong-image-v1