Over the past couple weeks, we have broken down essential information needed in order to properly understand and visualize the mitral apparatus. If you haven’t checked it out yet, you can find them:

For the blog this week, we are going to cover mitral regurgitation (MR) mechanisms! Our goal for this blog is to be able to identify the type of mechanism causing the MR.

Being able to properly identify the mechanism causing the MR is crucial and mandatory in order to properly determine whether the patient will go for a valve repair, replacement, or be treated medically.

There are 3 different categories that mitral pathology can fall under:

Let’s break down each one to better understand!

Pathology that falls under organic or primary mechanism indicates pathology is due to abnormality of the mitral leaflets that are causing the mitral regurgitation (MR). Etiologies that fall under this category include: 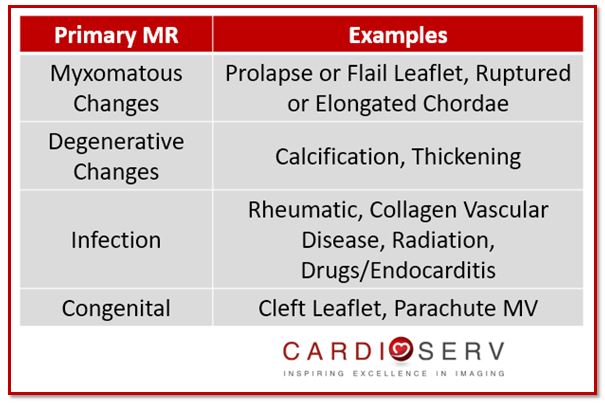 Pathology that falls under functional or secondary mechanism indicates the pathology is due to disease of the left ventricle (LV), not due to the mitral leaflets. Etiologies include: 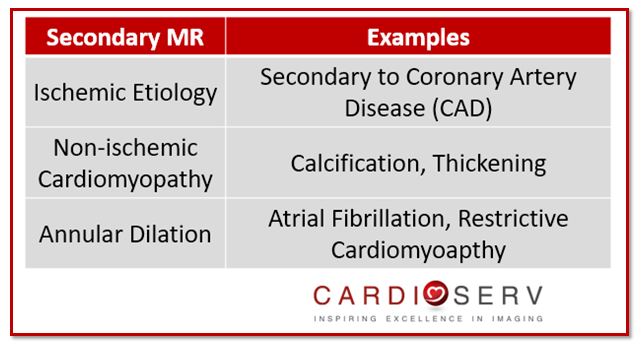 Use this algorithm to help you determine if the MR is primary/organic or secondary/functional!

The ASE does a great job at explaining the importance of documenting mixed etiologies (patient has both primary and secondary mechanisms) in cases when present. If a patient now has severe regurgitation but had only mild a month before-we need to be able to document that the regurgitation is not necessarily new but has worsened due to specific new incident. When would this ever be the case? Let’s break down some examples:

The patient’s history of MR is not a new occurrence, since they have a history of secondary MR. With the new onset of a ruptured chordae causing the leaflet to flail and create now severe MR, that is classified as primary MR. Therefore, in the report, we should document both etiologies.  An example may look something like this:

Example 2:
• Patient has history of mild primary MR due to mitral valve prolapse (MVP) that is currently being followed by a Cardiologist
• Patient has STEMI and develops moderate to severe MR from MV leaflet tethering

The patient has a known documented history of primary mild MR with mild MVP. Since the patient had a STEMI, it caused the leaflets to tether and worsen the severity of MR. Again, in the report, we should document both etiologies.  An example may look something like this:

Our goals for this blog were to be able to identify the type of mechanism causing the MR.

Hopefully we are able to grasp the general concept of being able to identify primary/organic from secondary/functional MR. Next week, we will go a step further to classify acute or chronic. This process plays a major role when diagnosing pathology identified on echo! It is also crucial that we report the mechanism of MR as well as acute or chronic. 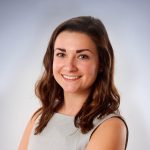 Join our movement to inspire excellence in imaging through accreditation, education and clinical development.  Sign up for our weekly newsletter to receive insight on how to be the best in your field!