How often have you found yourself “in over your head” in the abdomen when trying to image the IVC and abdominal aorta? Is imaging the abdominal aorta part of your echo protocol?  It is not uncommon for a patient to receive an abdominal ultrasound because the echo findings mentioned the presence of gallstones, abdominal aortic aneurysm (AAA), or some other abnormality.  Subsequently, the abdominal ultrasound reveals none of the suspected abnormalities!  So, what happened?  Did the abnormalities disappear or were there operator errors?  This week we will review some basic tips for echocardiographers scanning the abdomen and review:

Next week I will share with you key anatomical landmarks that once you recognize…will make your scanning life a lot easier!

Artifacts and Other Culprits

Frequently, the reason for the suspected abnormality was some type of ultrasound artifact. In the case of gallstones, usually a pocket of bowel gas in the right upper quadrant (RUQ) caused shadowing behind a brightly echogenic leading edge which can mimic a contracted gallbladder filled with stones. Movement of stones within the gallbladder is one of the most important diagnostic parameters. This requires different patient positions, sometimes even having the patient stand. This is beyond the scope of the cardiac sonographer.

For the curious cardiac sonographer who would like to better prove or disprove gallstones let’s explore how movement of the stones is used to rule out gallstones versus artifact.  Two tips to help you differentiate include (1) looking at the movement of gallstones and (2) identifying peristalsis.

Movement of gallstones within the GB is one of the most important parameters to PROVE that gallstones are present.

Peristalsis of bowel gas versus gallstones

Calcification of the gallbladder itself can occur making it difficult to see beyond the shadowing cast by the calcified walls.  Heavy calcification of the abdominal aorta can lead to misdiagnosis as well. I have even seen instances where the lumbar spine is wrongly identified as the abdominal aorta. In some of these cases, aneurysms were even reported!

Sometimes a severely fatty liver can make it impossible for our sound beam to penetrate far enough to image the IVC or aorta, depending on your scanning approach. In thin patients, one culprit can be an elongated GB which is more superficial than normal and is mistakenly identified as the aorta or perhaps the IVC.

Ok, so you are a cardiac sonographer getting ready to perform a quick abdominal scan using your echo probe.  Most ultrasound machines have a preset for abdominal settings.  Take a look at your machine and see.  The abdominal settings are preset to optimize your image.

The first thing to be aware of as an echocardiographer scanning the abdomen is the screen orientation.

The right side of the patient will be on the left side of the screen as if you are looking face-to-face at the patient. With the patient supine and their knees bent or propped on pillows, scan in a transverse, or “short axis” plane for you echocardiographers, beginning just under the xiphoid process.

So now you have your equipment set up, its time to position your patient.  If you are performing a quick scan after an echo, your patient is probably already lying supine due to most echo protocols ending with subcostal views.  Here are four hacks for image optimization when performing an abdominal ultrasound scan.

Having learned to scan in the days before the introduction of color Doppler (yes, I was scanning before the dawn of time!), I learned to rely on my recognition of abdominal landmarks to correctly identify visceral vessels and other structures. When I began to learn echo, this knowledge proved to be priceless.  So, just how much abdominal anatomy do you really need to know? Next week, I am going to share with you some of the key abdominal landmarks you need to recognize to make your scanning life easier! Next week we will walk step by step through an abdominal scan using key landmarks to guide you! 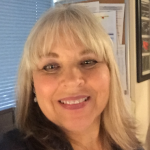 We would like to thank our guest writer Yvonne Prince, ACS, RDCS, RVT, RDMS.  Check out the Educator Spotlight that introduces Yvonne to our Imaging Community and read some of her latest blogs:

Atuchukwu Benson
Excellent
Reply
jose donis
Very nice and wonderful explanation for introduction to ultrasound of abdomen, very good
Reply
Maj nadeem sadiq
How to measure abdominal/pleural ascities.
Reply
Cardioserv
While it would be easy to outline a simple method of measuring pockets of ascites on ultrasound, the proper and peer-reviewed methods include measuring the volume of ascitic fluid rather than a one-dimensional technique. The most robust article I found can be found at this link.
Reply
OSAMA ELKADI
PEASE IN ONE LECTUE, TRIBUTARIES OF IVC AND SVC AND AO BRANCHES
Reply
OSAMA ELKADI
PLEASE, MAY SUMMMMERISE ECHO OF IVC , SVC AND AORTA AND THEIR BRANCHES
Reply
mallige praveen
It's great initiative
Reply
Click here to cancel reply.